What is a "Steampunk-Adjacent" Novel? 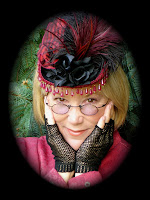 I have been involved in the burgeoning Steampunk movement for the past three years and when friends find out I have a newly released book, they immediately ask if it is a Steampunk novel.  I have to reluctantly sigh and say, “No, but I consider it to be ‘Steampunk adjacent.’”
Now some of you are undoubtedly asking right now, “What the heck is a Steampunk novel?” A shorthand answer is: Victorian science fiction. At least, that is the seminal idea that inspired the group and still sparks the fiction carrying this label.  Another interesting and more descriptive phrase is a Neo-Victorian Retro-Futurist Techno-Fantasy, but that is a lot hyphens to cope with.
While Steampunk novels all tend to have a science fiction or fantasy element attached, I would like to make the case that the premise of SÉANCE IN SEPIA could and should be considered Steampunk, or at least a cousin of the genre, because its focus is spirit photography which represents, at its heart, the merging of two major obsessions of the Victorian era:  technology and the occult.
With these two elements present in the novel, its sensibilities are definitely Steampunk in nature. However, since none of my novel is fantasy—all elements really happened or could have taken place—it probably does not qualify for the Steampunk moniker. Thus, I rely on calling my story “Steampunk adjacent.”
The novel begins in the present day with a woman named Flynn buying an old photograph at an estate sale. She takes it to an antique dealer who tells her he thinks it might be a “spirit photograph.” During the heyday of séances in the last half of the Nineteenth Century, some photographers claimed they could photograph the departed during a seance.
Flynn starts researching the history of the photo and learns that the three people pictured were involved in a notorious Chicago murder trial in 1875 that the press dubbed the “Free Love Murders.”  A young architect was accused of murdering his wife and his best friend in a love triangle gone very wrong.
Real life feminist, Free Love advocate, and practicing spiritualist, Victoria Woodhull, soon gets involved in the case when the husband asks her to conduct a séance to discover how his wife and friend really died.  Victoria quickly finds herself involved in a web of intrigue that will take much more than a séance to resolve and by the conclusion, both Victoria and Flynn find their views on love and life have changed.
If I have piqued your interest in Steampunk fiction, or better yet, Steampunk Adjacent fiction, you are invited to read the first two chapters of SÉANCE IN SEPIA found on my website: www.MichelleBlack.com
2 comments:

The Endless Adventure of Research for the Historical Novelist 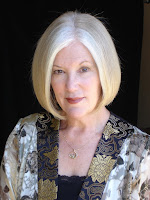 I have written six historical novels, the most recent of which, Seance in Sepia, will debut on October 21. They all have one thing in common for me: each required research that led me into new areas of life that I never saw coming.
My first novel, Never Come Down, took place in an old mining boom town-turned-ghost town in the Colorado Rockies. Of course, I turned to history books and old newspapers, but the real joy for me was hiking with my two small sons to local ghost towns. We lived in , at that time, elevation 9,100 feet, and we were surrounded by what was known as the Ten Mile Mining District. The mountains were pocked with abandoned mines and mining towns whose fortunes had played out a century earlier. We all know the phrase, “If walls could talk....” Well, the ruins of those old towns practically sung with stories of their rise and fall.
Research for An Uncommon Enemy, my novel about the aftermath of the Washita Massacre, when troops of the Seventh Cavalry, led by George Armstrong Custer, attacked a sleeping village in 1868, caused me to search for a Cheyenne-English dictionary. When local bookstores and even Amazon.com had none to offer, I broadened my search and eventually located a linguist on the reservation in who had put together a beginning course in the language.
I ordered the course and was fascinated by the voice on the tapes, that of the late Cheyenne elder, Ted Risingson (who happened to be a grandson of the great Cheyenne leader Dull Knife—for those of you who might be familiar with Cheyenne history, or who have at least read Mari Sandoz’s amazing Cheyenne Autumn).
The linguist was producing the course himself out of the local Kinkos, but I thought the material deserved a much wider distribution. I owned a bookstore in Frisco at this time and so was very familiar with the wholesale book market. I approached the linguist and offered to professionally publish and distribute the course. He was reluctant at first to deal with a stranger, so I traveled to Lame Deer, , and visited the reservation to meet with him personally. Soon I was able to publish “Let’s Talk Cheyenne” and make it available to libraries and bookstore outlets all over the country.
The experience was an amazing education for me and I feel proud to have contributed. in some small way, to the preservation of our rapidly disappearing Native languages.
My research adventure for Seance in Sepia took me all the way to , though the story is not set there. The novel begins in the present day when a young woman buys an antique “spirit photograph” at an estate sale. The Victorians were obsessed with the occult and some photographers of that era claimed they could photograph the dearly departed during séances.
When the spirit photograph’s origins seem linked to a notorious 1875 murder trial, my historical protagonist, Victoria Woodhull, enters the story. Woodhull was a real person who, in addition to being the first woman to run for the presidency, was also a spiritualist. This was a lucrative career for a woman of that time period and widely respected. Spiritualists had their own trade organizations and even held national conventions.
Woodhull was also an outspoken advocate for Free Love, which earned her so much public scorn, she eventually left the United States and headed for England. There she married a wealthy banker and lived out the remainder of her very long life as the “lady of the manor” in the English countryside (proving, I hope, that living well is the best revenge).
I began to correspond with a descendant of her banker husband who had inherited all her personal papers. When he learned that my family and I would soon be visiting , he invited us to dinner at his elegant townhouse on , just a few doors down from where Oscar Wilde once lived.
A memorable evening, to be sure, and one which reminds me how much my writing career continues to broaden my outlook and life experience.
*************************************************
This post was reprinted with permission from the blog of novelist Patricia Stoltey, author of The Prairie Grass Murders and The Desert Hedge Murders.  Visit her on the web at http://patriciastoltey.blogspot.com/